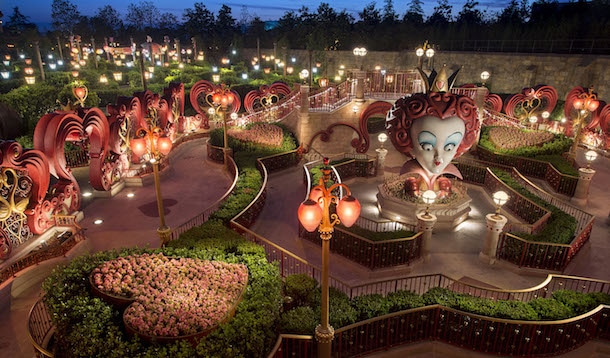 Disneyland Paris has 8 on-site hotels. The second highest number of on-site hotels of all the Disney properties, coming in behind Walt Disney World Resort in Florida which boasts a whopping 28 on-site resort hotels. Staying at a Disneyland Paris Hotel has many of the same benefits of staying at a stateside Disney Resort Hotel. Extra Magic Hours, adorable Disney theming, Annual Passholder discounts, and proximity to the parks to name a few.

Disneyland Paris has several categories of hotels and rates their properties by “keys.” 5 Keys is their highest category and 2 Keys is the lowest. The key rating system is similar to the more familiar star ratings. Let’s dive in and see what each hotel has to offer!

The Victorian-inspired Disneyland Hotel at Disneyland Paris is the crème de la crème of hotels. And not just at Disneyland Paris. In all of Europe! It’s the recipient of the TripAdvisor Travellers’ Choice Award for 2018 and it’s not very hard to see why. Set perfectly at the gates of Disneyland Park, the Disneyland Hotel offers the best view of the park that money can buy. But rest assured, you will pay for it. Rooms start at $700 a night and exceed $1,000 a night for even more exclusive suites and club-level rooms. As an added bonus, for all your pretty pennies, Castle Club rooms and suites do receive 1 VIP FASTPASS (unlimited access to the FASTPASS lanes) per person per day included with their room rate. If you are fortunate enough to land a reservation in one of the Castle Club rooms (they book up fast!), you will also have access to their exclusive Disney Characters Breakfast.

If you have the means, the Disneyland Hotel is the premier Disneyland Paris hotel to stay at. With excellent service, elegant décor, and the ultimate in Disney luxury, you won’t be disappointed with your choice!

Distance to Parks: Less than 5-minute walk, no shuttle available

After the Disneyland Hotel, Hotel New York is the second closest to the parks. Hotel New York is getting a major makeover starting in January 2019, and it’s a good thing. Hotel New York will be reopening in 2020 as Disney’s Hotel New York- The Art of Marvel. Disneyland Paris is really working hard to incorporate the Marvel Universe into its portfolio and re-theming a top-tier hotel, that desperately needs an overhaul anyway, seems like a great idea.

Concerning the current situation…For the equivalent of a 4-star hotel, this property is seriously lacking in some areas. The hotel has not been updated since it was opened in 1992. Although it was designed by postmodern architect Michael Graves it is notably dated. But, some might find it to be more nostalgic than dated. And perhaps Europeans who have never been to New York might even find it intriguing.

Suites do come with the VIP FASTPASSES and Empire State Club Rooms also get one additional FASTPASS per day, per person. But, with rooms starting at $700 a night, it may not be the best value for your money among the Disneyland Paris Hotels at the moment. If you can stay elsewhere until the renovation is complete, you might find that it measures up to its price, but only time will tell!

Like Hotel New York, Newport Bay Club suite guests also receive VIP FASTPASSES and Compass Club Rooms also get one additional FASTPASS per day, per person. At the same price-point as Hotel New York starting at $700 a night, Newport Bay Club the better choice if you are looking for more of a luxury hotel experience during your Disneyland Paris vacation.

If Newport Bay Club’s lofty price is simply out of your budget, look no further than the Sequoia Lodge. This mid-range Disneyland Paris hotel is another winner of the TripAdvisor Travellers’ Choice Award in 2018 and Sequoia Lodge is rated as one of the best French family hotels. This hotel is reminiscent of Walt Disney World’s Wilderness Lodge with some post-modern design elements. The theming is excellent and really does channel the spirit of an American National Parks lodge. But what you gain in theming you lose in luxury and that’s not necessarily a bad thing. The hotel is intended to channel that rustic feel and it does just that.

Suites here come with the VIP FASTPASSES and Golden Forest Rooms get one additional FASTPASS per day, per person. Overall, Disney’s Sequoia Lodge is a great value, especially if you have your heart set on staying at nicer hotel on property but just can’t bring yourself to pay top-tier prices.

Falling into Disneyland Paris’ 2-key tier, Hotel Cheyenne is as close as you can get to a Value Resort at Walt Disney World but with better theming. Much more basic than the three hotels we’ve already looked at, Cheyenne doesn’t fall short on carrying its theme. Welcome to the Wild West, cowboys and girls! The rooms have been recently renovated to be Toy Story-themed and they are adorable! Hotel Cheyenne does not, however, have a pool. Depending on how you structure your Disney vacations, this could be a deal-breaker for some. But, starting at just over $100 a night, you really are getting a great value for staying on Disney property. At that price, even the most budget-conscious can feel good about staying at Hotel Cheyenne.

If you are on a budget Hotel Santa Fe is your best bet! Rates start around $75 a night. The hotel is very basic, but the rooms have been recently renovated and are now Cars themed. Like Hotel Cheyenne, there is no pool. There is also no air-conditioning. Come again? Yes, friends, this is Europe and air-conditioning is a luxury you will pay for. Most of the year, you won’t be desperate for it. But this summer has been a brutal one and I can’t even imagine staying somewhere without air-conditioning! If you are visiting Disneyland Paris in July and August, spend the extra money and stay at a hotel that has nice, cold air-conditioning! If you are going any other month out of the year, a stay at Hotel Santa Fe would be a wise choice to put a couple of extra dollars in the budget to splurge elsewhere.

Davy Crockett Ranch is an excellent choice if you want a little more room to spread out or if you have a larger family. Each bungalow can fit up to 6 people and comes equipped with a kitchen. You must have a car if you are planning on staying at Davy Crockett Ranch as there is no shuttle to the parks. Coming in at just under $150 a night to start, this Disney version of camping is a great option for families. The kitchen also comes in handy if you want to help your budget out by cooking some meals rather than eating in the parks for every meal. There are no housekeeping services provided during your stay. Overall, the atmosphere is cozy and the price is right!

Distance to Parks: 15 minutes by car, no shuttle service

All guests who stay on-site at Disneyland Paris get access to Extra Magic Time. Hotel guests get exclusive access to the parks one hour before the general public. Always check here for updates on Extra Magic Time or ask your hotel concierge for the schedule . So, whether you’re a big-time spender or a super-saver, there is a hotel on site at Disneyland Paris for you! 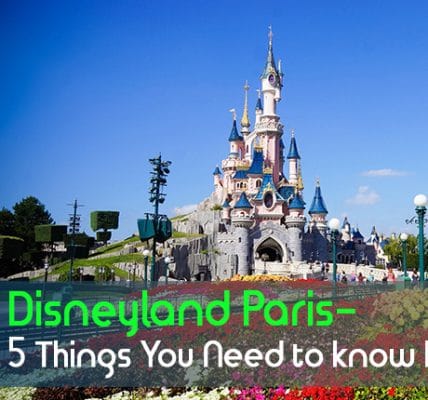 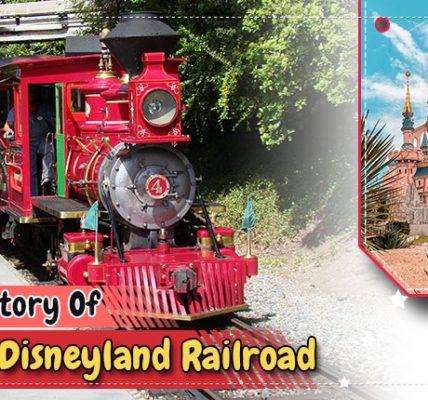 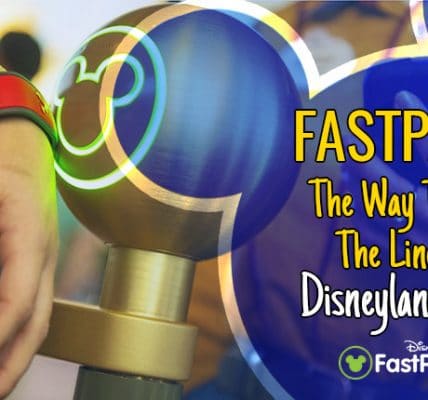